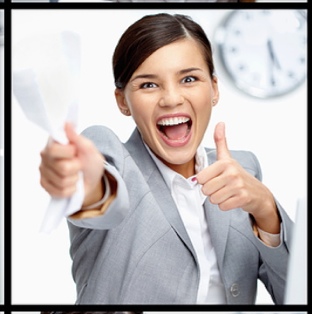 “Let no feeling of discouragement prey upon you, and in the end you are sure to succeed.” – Abraham Lincoln

Do you feel like a success in your life?

If you are like most people, even if you answered “YES” to this question, you likely have some qualifiers. After all, no matter how successful you are, you could always be more successful! And you don’t have to look around very hard to find others to compare yourself to not only who have it better than you do, but seem to have it all!

For the many discouraged souls who answered “no” to my question, dashed hopes, missed opportunities and past mistakes loom larger than life. For some, life’s setbacks are proof that they rank among life’s “losers.” For those individuals, failures in schooling, career, marriage, parenting, and friendships take a huge toll on self-esteem. To add insult to injury, we might learn that our seemingly ordinary high school or college peers have become more successful than we could ever imagine. Boy, some people have all the luck!

If you are among the ones that are feeling like success has skipped over you, how about starting today a lifetime of smashing success?

As Abraham Lincoln’s quote so aptly infers, it’s really what your thoughts are that determine if you are successful or not. After all, we have watched so many rich and famous public figures falling dramatically into addictions, despair, and disgrace. It is clear that outward success does not always mean you are a success in life, no matter how much fame or fortune you have attained. Just think of the 1950’s movie, Citizen Kane. This classic film depicted the plight of the very successful newspaper magnate, William Randolph Hearst, whose life of emptiness, insecurity, and narcissism served as a direct contrast to his outward success.

Thus, when we think of The 11 Mental Health Habits of Highly Successful People, we need to focus less on what things seem to be so that we can give up the notion that success comes mostly from the outside. That means we can all feel like successes if we just work on our attitude, no matter what how much money we have, the kind of car we drive or the neighborhood that we live in! In essence, positive people are more successful in life!

The following are the mental health habits of truly successful people in life:

1. Successful people do not measure themselves against anyone else’s yardstick.

They know well that if we evaluate success in comparison with others, even the most accomplished of us will end up falling short. Once you fall in the comparison trap, there will be no end to dissatisfaction. There’s always someone smarter, wealthier, more attractive and more accomplished!

2. Truly successful people compare themselves only to themselves!

While they choose not to compare themselves with others, they compare themselves only with themselves. Those with a successful mindset constantly improve on yesterday. After all, they are strong believers in the notion that the most important room in the world is the room for improvement!

3. Those with a successful mindset forgive themselves for everything.

Those successful souls that are energized and motivated by lessons from their setbacks refuse to beat themselves up over them. They are not judgmental of what they lacked in foresight, even with things that have become so obvious with hindsight. They realize that being human is a work in progress and mishaps only make them more genuine, deeper, and empathetic.

4. Successful people focus on their life as a WHOLE rather than focusing on THE HOLES.

Rather than focus on what is missing in their lives, they appreciate what they have. They tend to be grateful rather than bitter. They expect that the road to success will have some detours, bumps, and potholes. They have made peace with the fact that progress never goes in a straight, uncomplicated line.

Even if progress seems slow, they do not give up and go back. They believe that revisiting past decisions that did not turn out only serve to be discouraging, and they prefer to live in the present, going onwards and upwards! Besides, they know that some things that don’t turn out end up being just what they needed after all! They know that “woulda, coulda, shoulda’s,” will make them stuck in reverse gear, and they are smart enough to know that is no way to drive any distance!

6. Asking for help is seen as a strength, not a weakness, in the highly successful mindset.

Those who have tasted success realize that success is never only about them. They are thankful for the many people along the way that helped make it happen. When they need help, they ask for it. They are not ashamed to need others.

That’s right! Instead of being stereotypically competitive and egocentric in climbing the ladder of success, truly successful people in life share the love with others! They realize that love is more important than anything else, and do not neglect loving relationships in a quest for success. They are more likely to love than judge those close to them, and know that part of loving others is accepting unconditionally, flaws and all. They also know that often the best way to do something for yourself is to help others!

8. With a watchful eye on their goal, successful people find success in the journey itself.

The process is not just a means to an end, and the journey is as important as the destination. They do not caught up in the idea that “when …….. happens, then I will be a success.” Rather, a sense of self worth is with them all along the way, and is not something to find only when they get there!

9. Those who are truly successful have nothing to prove.

Individuals who want to continuously prove themselves will always be sorely disappointed. Proving yourself entails looking for outside recognition, which does little when compared to inner recognition. Rather than prove themselves, successful people strive to actualize themselves.

10. Success is not measured by how hard you fall, but in how determined you get back up.

For successful people, resilience is the name of the game. Stumbles are viewed as precursors for success, and lessons learned offer opportunities to build character and develop wisdom.

11. Successful people are Doers, not Stewers.

They don’t wait for life to give them what they want or deserve, but work hard for anything they get. They refuse to sit on the sidelines of life, expecting that things should happen for them – Rather, they make things happen! In essence, they accept the cards they are dealt with life and are too busy playing their hand to complain about any lousy cards.

So next time you think to be successful you need to have loads of money, a better car, a fabulous physique, perfect features, fame, along with brilliant and accomplished children and the perfect career, think again! Start being a success where you are right now. The 11 Mental Health Habits of Highly Successful People can be your personal guide to success!

Can you model these habits to be successful in life? What might be the difficulties you’re facing? What would you like to add to this list? Your feedback/comments are welcome. Please let us know and discuss.